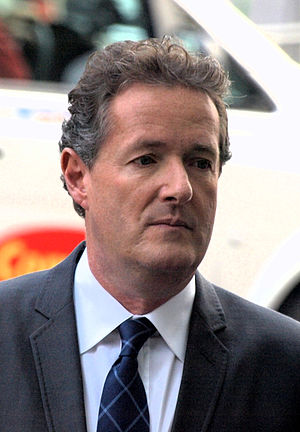 CNN’s Piers Morgan, who has described himself as a Christian, apparently thinks the Bible, like the U.S. Constitution, needs to be rewritten to get rid of passages condemning homosexuality and those describing marriage as exclusively heterosexual … so that Christians will some how change their minds to embrace same-sex marriage.

Morgan’s comment reportedly came during an interview with Saddleback Pastor Rick Warren aired on CNN on Christmas Eve, according to Twitchy.

Needless to say, the British journalist sparked the ire of quite a few Christians watching the program.

“I’m a Christian. My position on marriage is that government should have no role in it whatsoever. Now @PiersMorgan wants to rewrite my Bible,” wrote Todd Kincannon ‏ on Twitter. “CNN needs to fire @PiersMorgan. Enough is enough. This ‘gay marriage Bible amendment’ crap insults everyone on both sides of that issue.”

But it wasn’t just Christians who found Morgan’s call for the Bible to be amended irritating, as various comments on Topsy show — with many derogatory terms being thrown around to describe the CNN journo.

One Twitchy reader suggested Morgan was purposely being flagrant to shore up ratings.

“This loser from the UK is desperate to do anything to save his career and to avoid getting canned during CNN’s new management and programming shift. He is stirring up controversy, just so he can hopefully get more viewers and create a buzz around his pathetic talk show,” the commenter wrote.

Here’s a video clip of Morgan’s interview with Pastor Warren on the “flawed” Bible:

Morgan raised the same question to Jeff Foxworthy, host of “The America’s Bible Challenge”, in August, and also declared that he himself is a Christian. Watch the video below: